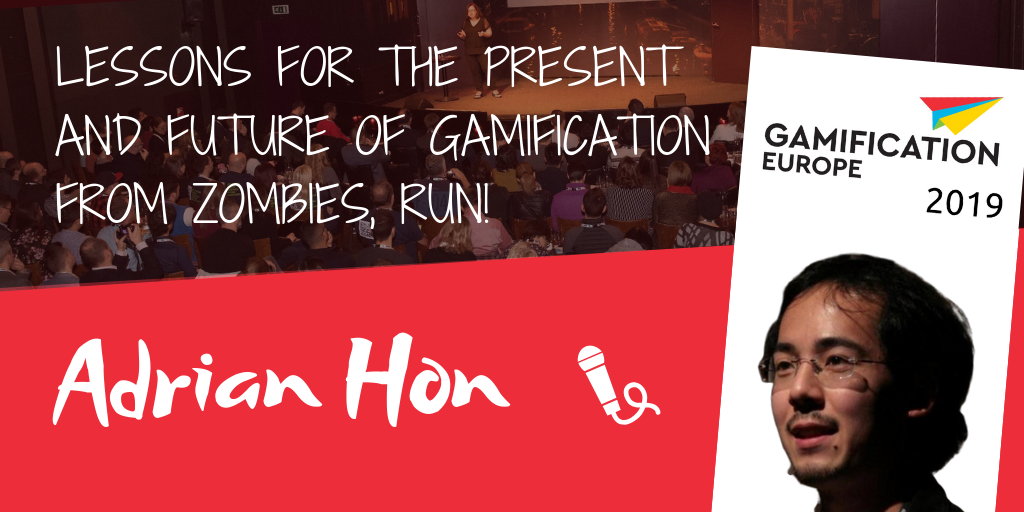 ​Lessons for the Present and Future of Gamification from Zombies, Run!

Zombies, Run! is the world's most popular smartphone fitness game, with over 5 million downloads and 200,000 active users, and also one of the most cited examples of successful gamification in action. Learn how Zombies, Run!'s design and continuous pipeline of new stories and gameplay has helped keep the community engaged over seven years – and about the thing we've tried that haven't worked. Adrian will also share preliminary results from a joint research project into Zombies, Run! players with UCL, and his thoughts on the future of gamification on AR and VR devices.

Adrian Hon is co-founder and CEO at Six to Start, creators of gamelike stories and story-like games including the world's bestselling smartphone fitness game, "Zombies, Run!" with five million players. Six to Start's clients have included Disney, the BBC, Channel 4, and Penguin, and the company has won multiple awards including Best of Show at SXSW. Adrian is author of A History of the Future in 100 Objects, has spoken at the flagship TED conference, the Long Now, Google, and Mozilla, and has written a column about technology for the Telegraph. He originally trained as a neuroscientist at Cambridge, UCSD, and Oxford.