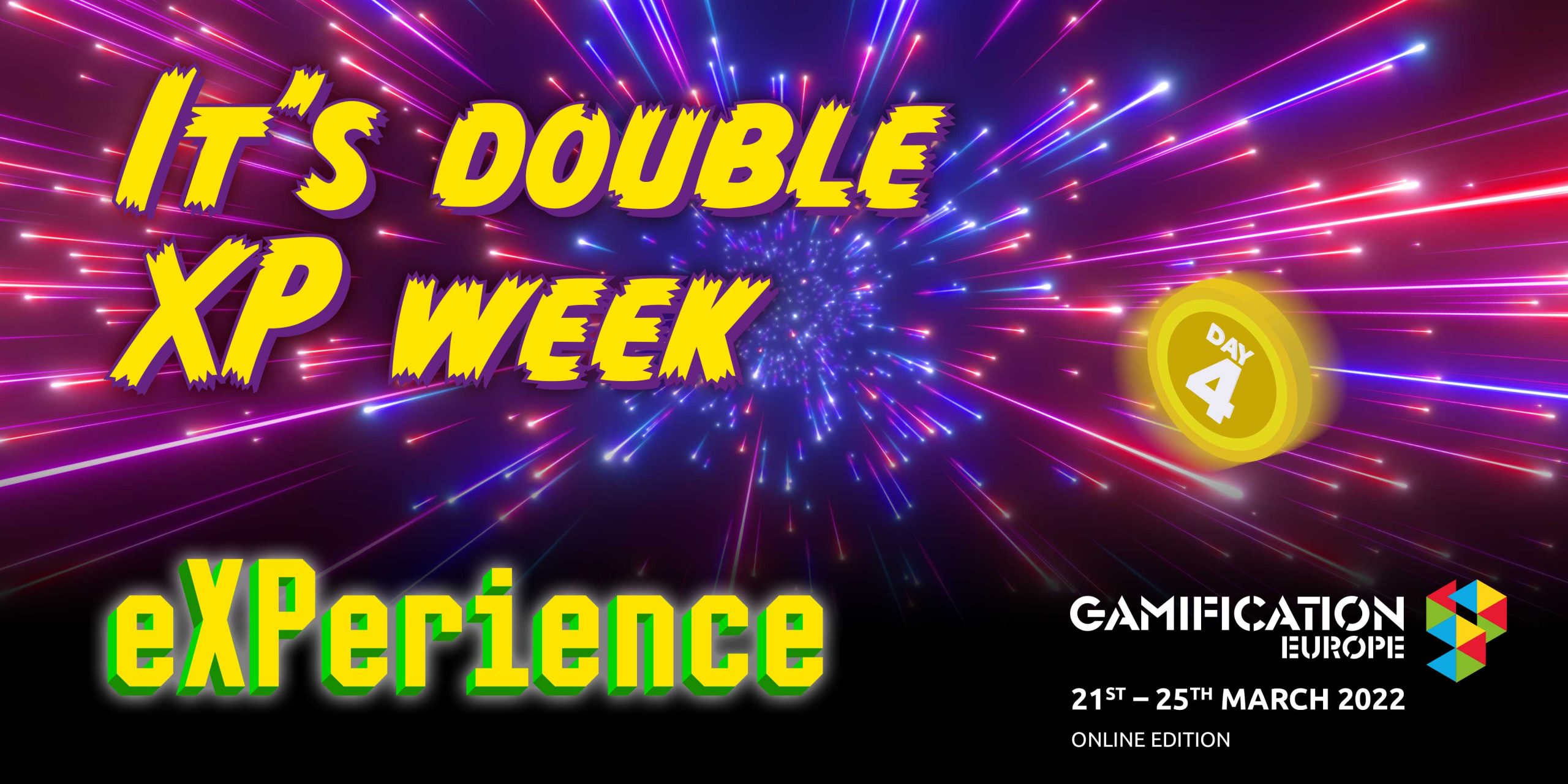 The Customer Experience day is designed to showcase what works in gamification of marketing and customer loyalty, to discover the latest thinking and thus lead to designing better and more effective gamification of brand experiences for customers.

Our amazing list of sessions for 2022 Customer Experience Day [Online]:

EVENT RUNS FROM 10AM TO 5PM

All times are uTC (UK time)

Albert van der Meer is a consultant and chief crafter at aeStanger, where he works with organisations and helps develop methods for better audience experiences and greater audience engagement. He is also an alumni speaker of our conference, as well as a regular international speaker and author.

With a background in filmmaking, team-building facilitation and business programme delivery, as well as knowledge in marketing, business strategy and behavioural psychology, Albert is ideally suited for shepherding our journey through the Customer Experience day of Gamification Europe 2022.

Customer experience in Gamification is all about developing the best experiences for your customers and about leveraging a net positive outcome for both you and your customer. We hope you will take away a great many new learning from our amazing speakers today. 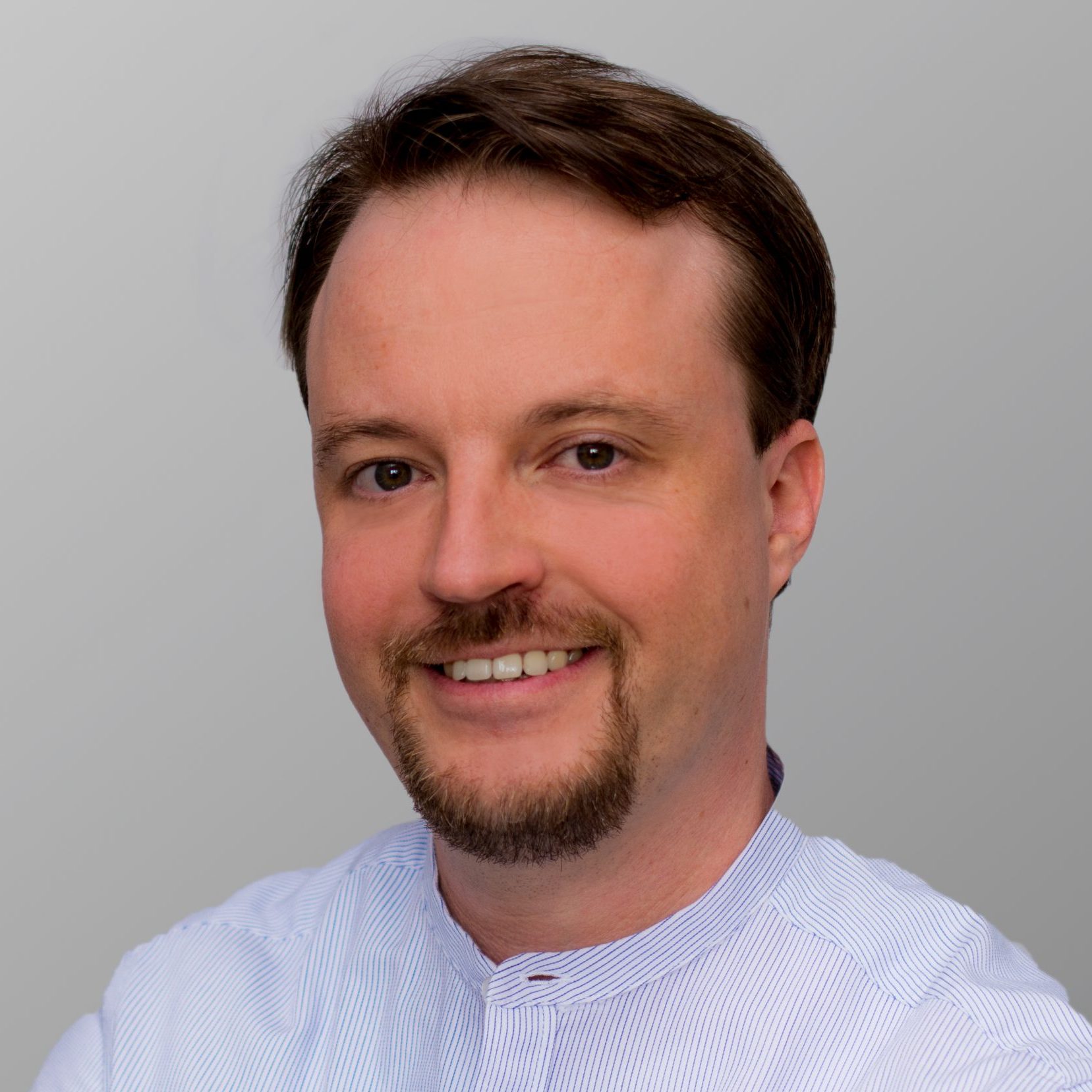 A Consultant at æStranger, based in Europe, predominantly in the Netherlands and Germany. His expertise lies in storytelling, audience experience and audience engagement techniques. With these skills and knowledge, he helps businesses, educational institutions, and other corporate environments improve user, customer, and audience engagement through gameful design mechanics.

Before starting æStranger, he worked several years as a media producer, team-building facilitator and freelance filmmaker in Europe and the UK. After a successful career of helping upcoming and established businesses, business schools, as well as music and film talents, he now focuses on supporting various businesses and educational institutions and individuals, by helping craft better and more engaging experiences for their teams, clients and customers.

He is also the co-author (with Daniel Griffin) of Press Start: Using Gamification to Power-up your Marketing. The book offers straightforward advice and immediate applicability of marketing & gamification techniques. It’s aimed at business individuals, such as marketers, who wish to fully engage their customers in a positive and meaningful manner using game techniques.

Personalization, once limited to targeted offers now extends to the entire experience giving consumers choice to see content relevant to their own journey. In this talk 3radical will walk through how even with the demise of cookie based content using gamified choices we can put the consumer front and centre in their own decision making giving them the power over what data they share and the rewards they earn. 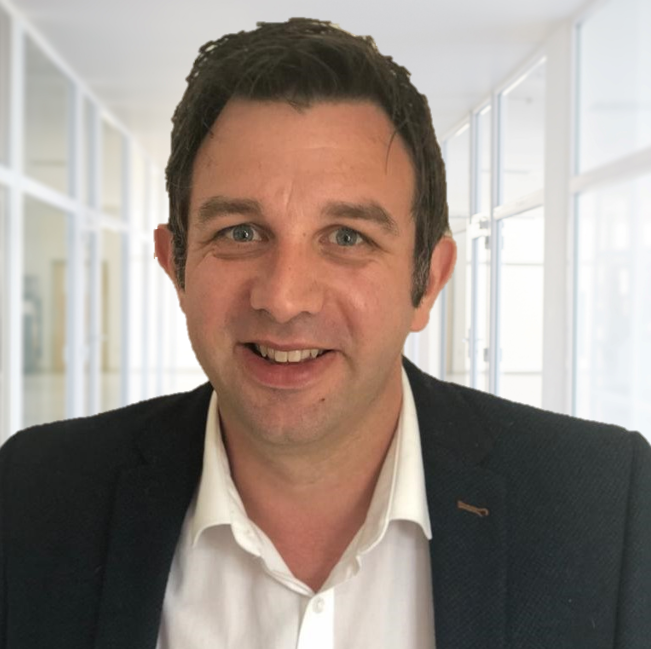 After spending the first five years of his career working in loyalty marketing, Steve went on to develop a love of both earning and using data, turning customer insights into effective targeted campaign strategies. He has spent the last 15 years delivering both strategic consultancy and solution implementation for multiple marketing and campaign service providers across various verticals, such as financial services, automotive, gaming, and FMCG.

Steve is an instrumental contributor to 3radical’s continued growth as he accelerates progress with their Earned Data strategy and audience engagement solutions. As Vice President of Customer Success, he and his team design, deliver, and support all client implementations. through the development of repeatable best practices and standard operating procedures, putting the clients’ need at the forefront, he further drives value for clients by delivering technical insights along with business problem solving strategies and solutions.

Stand up, move around, grab a coffee and a snack and come back refreshed

GameX: If you're not thinking about the Gameful Experience you're missing out

Gamification as a rapidly developing concept in a fast-paced world has been always related to the use of game-like elements (Gamification mechanics) in order to achieve fun, enjoyment and engagement by delivering a gameful experience where the user is enjoying the interaction with the application. For this reason, previous studies have investigated several sets of game elements that achieve this gameful experience (Gamex). However, an adequate measuring of the emotional qualities involved in the gamified process was still scarce which is surprising, given that a major part of the academic research discuss the concept of Gamex when defining gamification.

This talk will cover this gap and present the most relevant dimensions that need to be taken into account when designing a gamified system for the purpose of delivering the best experience to our customers. This session will be about the customers' journey, their behaviours and how they perceive the gamified experience. 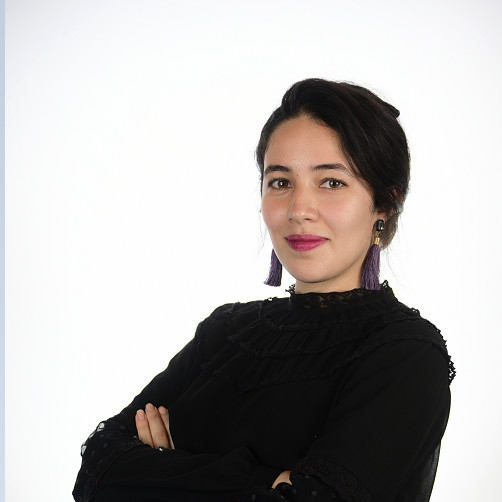 A perfervid marketer with experience in Digital Marketing, Content Marketing, Brand Management in addition to Business development & Strategy. Combining a knack for creativity with a sharp analytical mind, top class leadership traits and business acumen. She is highly passionate about brands with purpose, pulling out untapped consumer insights, testing her limits and crafting engaging business strategies.

She is currently a 3rd year PhD student in consumer behaviours, conducting academic research about Gamification in different industries. Prior to this, she was a regional Digital Marketing specialist who led part of the Gamification integration into the human resources department in order to make the onboarding processes more fun and interactive. Working on all the trainings given by the company and the learning journeys for the employees’ self-development.

Her greatest passion is to promote Gamification in the World and bring it to any field where it may have a positive impact. She is currently part of the One Young World community and is working on the development of a gamified application for Sustainability as a part of their accelerator programme.

In this networking session you'll have a chance to meet and chat to members of GamFed (the International Gamification Confederation), learn about their mission to spread best practices in gamification and the work their community is up to.

Stand up, move around, grab a drink and some lunch. maybe eat your lunch while chatting with a colleague or a new friend

How we use gamification to create more game-like experiences in theme parks. We call our players, our customers, "guests". First and foremost our job is to create world-class guest experiences. In this talk we will show how other sectors can use these lessons from theme parks. Turn a Customer Experience (CX) into a game that drives engagement, loyalty & communicates the core pillars of brand. 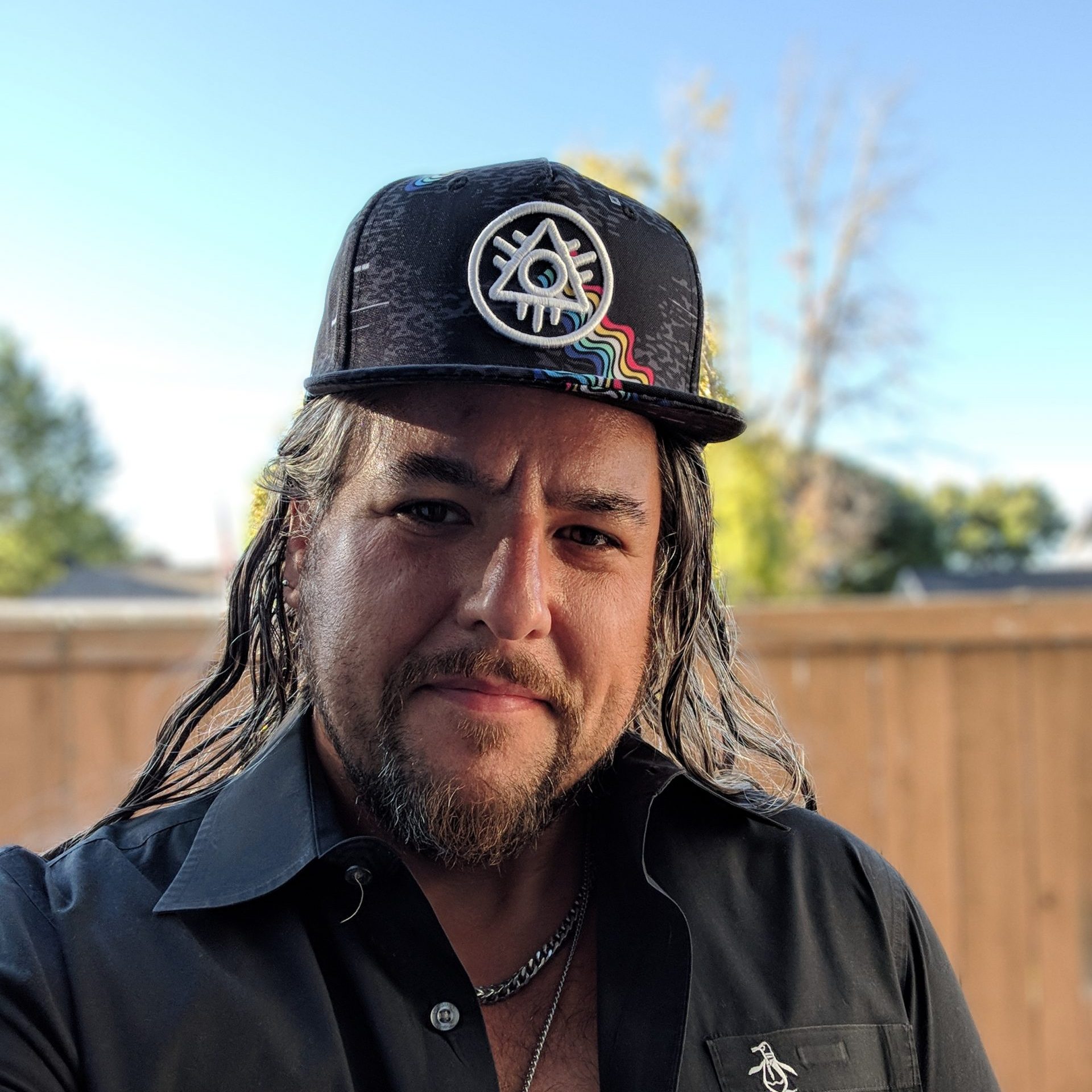 Stand up, move around, grab a coffee and a snack and come back refreshed

Our Chair for the day will take a moment to reflect on the talks and sessions you have all experienced.

Your last chance of the day to visit the sponsors, have a quick chat with each other, share your contact details and then start unwinding from today's event.

Come play a game to wrap up a great day!

A game that’s as unique as the people who play it. Cozy Juicy Real is an online board game that kindles fun, authentic and connecting interactions. It’s been played by thousands of people in 61 countries - from start-ups to some of the world’s most successful companies including Nike, Volvo, Zoom and more.

“You will connect. Cozy Juicy Real is the best way to foster connection online. On a scale of 1 to 10, I give it a 15.” - Marcia Goddard, Neuroscientist and Head of People at Tony’s Chocolonely 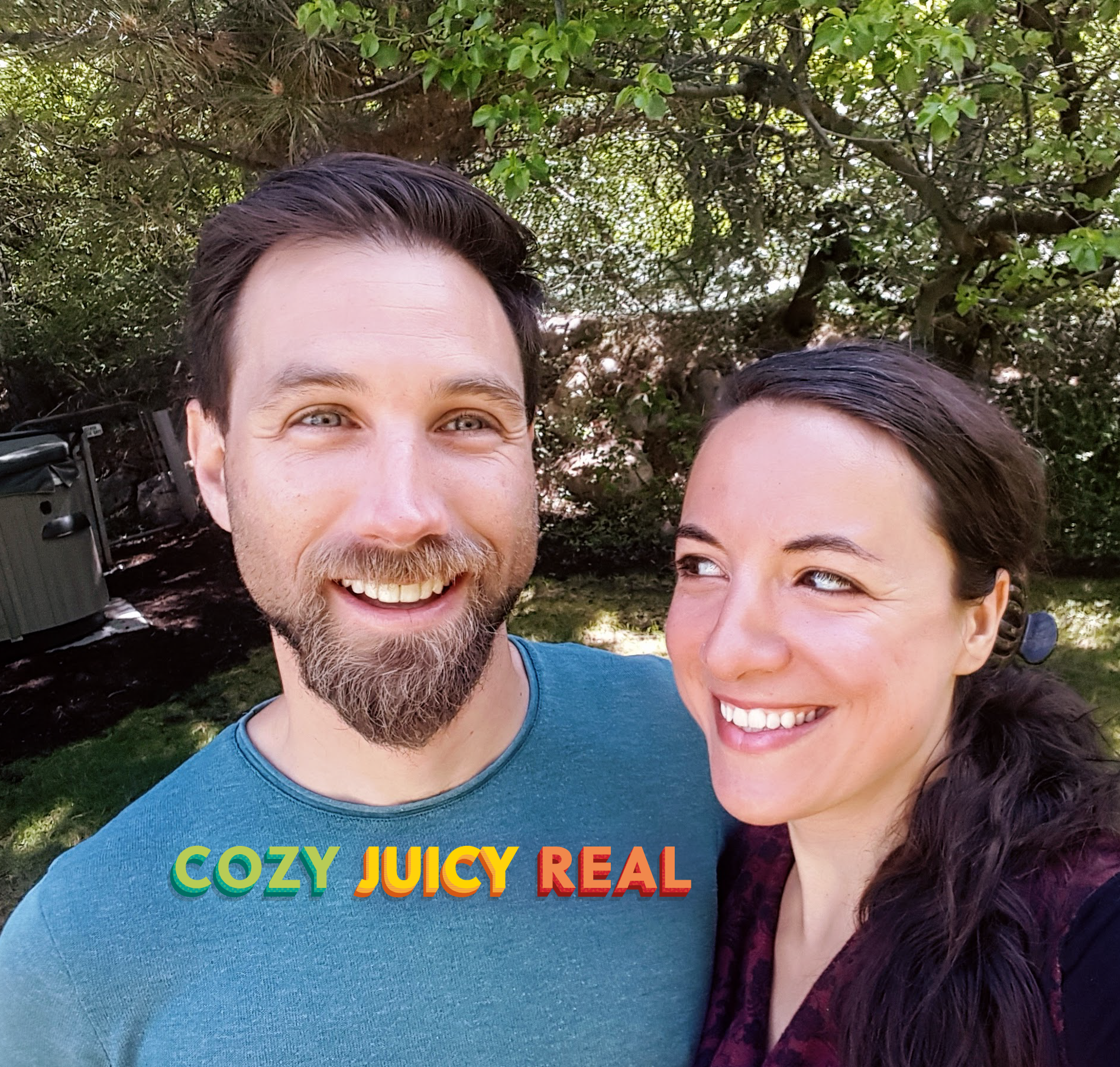 Jed and Sophia are group facilitators, coaches, board game designers and the creators of Cozy Juicy Real. More importantly, they’re two people who believe in the power of great conversation to bring us all a little closer. Favorite coffee treat? Frappuccinos with silky soy milk and a pump of something sweet.

With gratitude to our 2021 sponsors

3radical
3radical provides organisations with an innovative way to achieve unprecedented engagement and earn data directly from their audiences. Using 3radical’s award winning Voco software platform and supported by comprehensive strategy and execution services, business users have the ability to quickly create and publish interactive digital experiences based on a wide array of template mechanics and rewards informed by the latest game science theory. These compelling online experiences are delivered directly to each recipient and optimised by preference data, real-time decisioning, and learning based on billions of interactions. Every exchange results in fully-permissioned, “earned data” provided willingly by the individual in a transparent, mutually beneficial environment – critical to informing the business and elevating communication strategies, especially as other data sources become less effective. 3radical operates globally through offices in North America, the UK and Asia Pac and serves major brands across a broad range of industries.

Cozy Juicy Real
A game that’s as unique as the people who play it. Cozy Juicy Real is an online board game that kindles fun, authentic and connecting interactions. It’s been played by thousands of people in 61 countries - from start-ups to some of the world’s most successful companies including Nike, Volvo, Zoom and more.

“You will connect. Cozy Juicy Real is the best way to foster connection online. On a scale of 1 to 10, I give it a 15.” - Marcia Goddard, Neuroscientist and Head of People at Tony’s Chocolonely

What is Gamification Europe?

Gamification Europe is a 5 day conference that can give you all the necessary tools to use gamification in your organisations. Exceptional speakers online make sure you get everything you need to go back to work and harness the power of games.

“So inspiring and fun to have been part of the Gamification Europe conference in Berlin. We learned, mingled and laughed a lot during the hectic days. Perfectly organized and located! We went back home full of ideas and energy” Awesome event with lots and lots of stuff to learn and discuss. See you next year - Adam Pusztai

Thanks Vasilis and Pete for organising this amazing event! It was a great success and a pleasure to be part of! Couldn't thank you enough! - Sabrina Bruehwiler